In 1962 we were in a conflict with Russia; that was the year of the Cuban Missile Crisis.

"History doesn't repeat itself, but it often rhymes." - Samuel Clemens

"Past performance does not guarantee future results." – My Compliance Consultant

There are some significant differences between 1962 and 2022. The Fed was not raising interest rates in 1962, and the country was coming out of a recession that ended in 1961, not possibly entering a recession.

Market patterns are interesting and should be considered because human behavior often follows patterns. But people also see ice cream castles in the clouds and people's faces in burnt toast, so giving more weight to market fundamentals is probably prudent.

The Ghost of Arthur Burns

In 1970 Arthur Burns became the 10th Chairman of the Federal Reserve. You may not know who Arthur Burns was or why you should care, but in economic circles, his name is well known as the Federal Reserve Chairman, whose monetary policy missteps were responsible for or contributed to Stagflation and the Great Inflation of the seventies, which later led to a deep recession in the early eighties. The Arab Oil Embargo, budget deficits fueled by Lyndon Johnson's “Great Society” programs, and the Vietnam War sent inflation to 12% by the mid-1970s. The Federal Reserve responded by timidly raising interest rates. In late 1974 inflation showed signs of rolling over, and the Federal Reserve adopted a stop and go policy as inflation moderated. Some have speculated that President Nixon pressured Burns to cut rates while under pressure from the Watergate scandal, though there is no evidence this happened. In early 1977 inflation began rising again and tripled over the next three years going from 5% to 15%. Many economists believe Burns stop-and-go policy and cutting interest rates too soon before having inflation under control led to inflation becoming embedded in the economy.

In 1979 Paul Volker took over the helm of the Federal Reserve and aggressively attacked inflation with a strategy to shock the economy and break the back of inflation. By December 1980, the overnight Fed Funds rate had reached 22%. His strategy eventually brought inflation down but also caused a recession in 1981, with the unemployment rate rising to 11%.

There are signs that inflation may be rolling over. Some market participants expect the Federal Reserve to begin easing monetary policy early next year. Chairman Powell and Federal Open Market Committee members are aware of the legacy of Arthur Burns and do not want to repeat his policy mistakes. Through the eighties and nineties, the average Fed Funds rate was several percent higher than the inflation rate keeping inflation at bay. The Federal Reserve is targeting a 2% inflation rate and has suggested its current plan is to raise the Fed Funds rate to 4% and remain there for some time. I take the Fed at its word. Unless we see an illiquidity event in Treasury markets or a sharp spike in the unemployment rate, the Fed can use its monetary tools with a single focus to bring inflation under control.

During testimony before Congress, Chairman Powell was asked if the Fed had the resolve to do what it takes to stabilize prices as Paul Volker did decades earlier. Chairman Powell greatly admires Paul Volker and confirmed that the Fed is dedicated to price stabilization. Recently, at an economic conference in Jackson Hole, Wyo., Powell acknowledged that higher rates would likely cause some short-term pain for families and businesses. Powell said that unemployment might increase, and the economy may grow more slowly, but "without price stability, the economy does not work for anyone."

With inflation at levels we haven’t seen in 40 years, Chairman Powell and the Federal Reserve are being haunted by the ghost of Arthur Burns and will try to avoid following in his footsteps. No Federal Reserve Chairman wants their policies compared to those of Arthur Burns. Chairman Powell has channeled Paul Volker in several speeches to indicate that he intends for history to remember him as a Fed Chairman who fought against inflation rather than fueling it. We should take the Fed at its word and expect rates to go higher and remain at that level for longer. 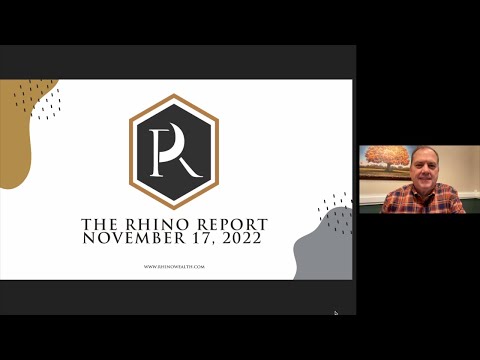